Cultivating Hope Through Action: How Public-Private Partnerships Are Strengthening Child and Family Well-Being in L.A. County

Government and philanthropy often share common goals and a capacity to enable wide-scale systems change. When they work together, they make ideal partners—philanthropy contributing nimbleness and a spirit of experimentation, while government commands the resources to sustain what works. In Los Angeles County, such collaboration was catalyzed by the murder of an 8-year-old boy in 2013. This tragic death prompted the Board of Supervisors to empanel a commission of notable child welfare experts to examine systemic failures.

Since then, an increasingly durable and agile spirit of collaboration in L.A. has fueled an ability to test new ideas, assess their effectiveness, and bring them to scale in ways that significantly impact child welfare reform. As a result of these efforts, the previously siloed and reactive child protection system is moving toward becoming a more integrated countywide child well-being system. Cultivating Hope Through Action: How Public-Private Partnerships Are Strengthening Child and Family Well-Being in L.A. County, is a report chronicling the work that drove increased collaboration and funding in L.A. County. It also addresses ways to grow similar collaborative ecosystems for child and family well-being in the future. Read the executive summary and full report below.

By all accounts, Ralph Parsons was not the best student nor was he the best engineer. But during his life, he grew from being a fisherman’s son to founder and leader of one of the world’s largest and most influential engineering and construction companies.

At the age of 13, he helped his older brother open a machine shop in Amagansett, Long Island. Instead of finishing high school, Mr. Parsons earned a two-year degree in machine design and then joined the Navy for training and experience in aeronautical engineering.

In his 20s and 30s, Mr. Parsons continued to gain engineering and business skills, partnering with several industry leaders, including Stephen D. Bechtel, who went on to become his chief competitor, and John A. McCone, later head of the Central Intelligence Agency. In 1944, Mr. Parsons hired six top engineers and opened his own business. The firm quickly earned international acclaim.

Mr. Parsons said that his ability to hire and retain good people was key. However, a close friend and colleague said that Mr. Parsons’ secret was “good luck . . . the proper perception of people . . . and a good feel for the future of business.”

By the time of Mr. Parsons’ death at age 78 in 1974, the firm he founded at the end of World War II had completed a list of projects that reads like a history of industrial and urban development in the 20th Century. The Parsons Company built scores of major projects in more than 30 countries: oil and natural gas facilities, shipyards, power plants, irrigation and water development projects, processing plants, metal and mineral mines, airports, subway and rail lines, sewage systems, NASA facilities, and more.

Along the way, Mr. Parsons worked many 15-hour days, traveled the globe, married twice but had no children, owned two of the largest private yachts ever built, and became a talented photographer. His photographs hang in our offices today, a reminder of the bond between engineering and creativity in a healthy civil society.

As the writer of an authorized company history once observed of Mr. Parsons, “When something went wrong, he said what he thought and that was the end of it. He never belabored a point or held it against you if you were not deliberately at fault. He judged you on your overall performance.”

Certainly, Ralph Parsons led a remarkable life. He moved easily in government and industry circles, but he was also respected for his honesty and for being an “all-around guy.”

Mr. Parsons created his namesake foundation in 1961 as the charitable giving arm of the Parsons Company. On his death, he left the Foundation 600,000 shares in company stock and $4 million in cash. In 1976, the Foundation became fully independent from the company. Today, the Foundation and the corporation are completely separate entities and share no financial interests.

Over the years, The Ralph M. Parsons Foundation has grown from a modest corporate giving program with just a few designated recipients into a robust multidisciplinary grantmaking program that invests broadly throughout Los Angeles County. 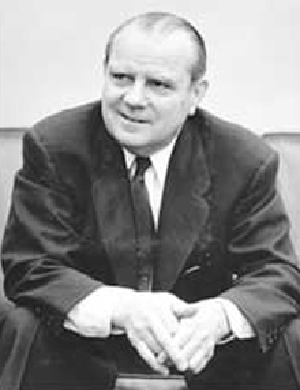 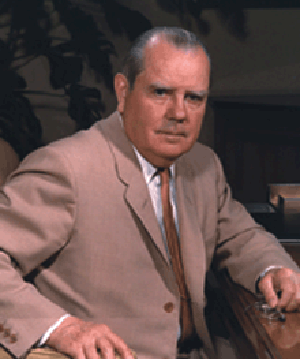