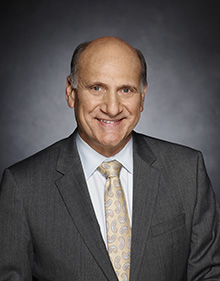 Steve Nissen is the former Senior VP of Legal & Government Affairs at NBCUniversal, one of the world’s largest media companies. He is current Board Chair of the Los Angeles Economic Development Corp and past Chair of the Los Angeles Area Chamber of Commerce, FilmLA, Central City Association and L.A. BioMed. He also serves on the Board of the Metro YMCA. Prior to joining NBCUniversal, Nissen worked in the private sector as a partner in the national law firm of Manatt, Phelps & Phillips, public sector as CEO of the California State Bar and senior official with Governor Gray Davis, and nonprofit sector as President of Public Counsel Law Center, which he built into the largest pro bono law firm in the United States. Mr. Nissen received his undergraduate degree from Stanford University and his law degree from U.C. Berkeley (Boalt Hall) School of Law. He joined the Parsons board in 2017.