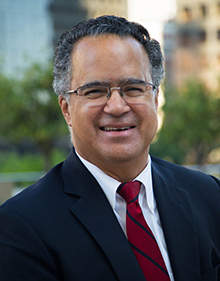 Mr. Taylor is the president of ECMC Foundation, a nonprofit affiliate of Education Credit Management Corp. with a focus on furthering educational goals of low-income individuals. From 2009 to April 2014, he served as the executive vice president and chief financial officer of the University of California. Prior to that, Mr. Taylor served as managing director of public finance at Lehman Brothers and Barclays Capital from 1993 to 2009. He is a member of the Board of Trustees of the Henry J. Kaiser Family Foundation, Edison International, Pacific Life, and 23andMe. Previously, he served on the boards of the J. Paul Getty Trust, serving as chair of the audit committee, chair of the UCLA African American Admissions Task Force, and as a Trustee of the California State University System.  He is a graduate of the University of California Los Angeles and holds a master’s degree in public policy analysis from Claremont Graduate University. He joined the Parsons board in 2014.