Cultivating Hope Through Action: How Public-Private Partnerships Are Strengthening Child and Family Well-Being in L.A. County

Government and philanthropy often share common goals and a capacity to enable wide-scale systems change. When they work together, they make ideal partners—philanthropy contributing nimbleness and a spirit of experimentation, while government commands the resources to sustain what works. In Los Angeles County, such collaboration was catalyzed by the murder of an 8-year-old boy in 2013. This tragic death prompted the Board of Supervisors to empanel a commission of notable child welfare experts to examine systemic failures.

Since then, an increasingly durable and agile spirit of collaboration in L.A. has fueled an ability to test new ideas, assess their effectiveness, and bring them to scale in ways that significantly impact child welfare reform. As a result of these efforts, the previously siloed and reactive child protection system is moving toward becoming a more integrated countywide child well-being system. Cultivating Hope Through Action: How Public-Private Partnerships Are Strengthening Child and Family Well-Being in L.A. County, is a report chronicling the work that drove increased collaboration and funding in L.A. County. It also addresses ways to grow similar collaborative ecosystems for child and family well-being in the future. Read the executive summary and full report below. 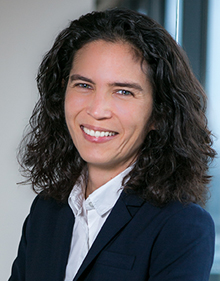 Nina Revoyr leads Ballmer Group’s philanthropic efforts in Los Angeles County and California, which are aimed at improving economic mobility for children and families disproportionately likely to remain in poverty. In her two years as Executive Director-Los Angeles, Ballmer Group has emerged as “one of the largest funders of anti-poverty work in the county” (Inside Philanthropy). It has funded organizations and initiatives in the highest-need areas of the county; and worked on systems change efforts in education, policing, mental health, child welfare, and criminal justice.

Prior to joining Ballmer Group, Revoyr spent two decades in the fields of child and family services and education. Most recently, she was Executive Vice President and Chief Operating Officer at Children’s Institute, Inc., which provides evidence-based mental health services, child welfare and youth development programs, and early childhood education to over 25,000 children and families annually in Central and South Los Angeles who are affected by violence and poverty.  She has also worked for SafeSpace in New York City; for Head Start in Los Angeles; and as chief of staff for Genethia Hudley-Hayes, then president of the Los Angeles Unified School District Board of Education.  She received a B.A. from Yale University and an M.F.A. from Cornell University.  Revoyr joined the Parsons board in 2018.