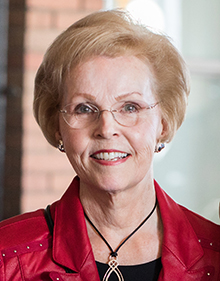 Gayle E. Wilson first came to national attention as a teen when she was a finalist in the Westinghouse Science Talent Search. She received her degree in biology from Stanford University, later moving to San Diego, where she was president of the Junior League. She has a life-long passion for encouraging young people to excel in math and science. Becoming First Lady of California when her husband, Pete Wilson, was elected Governor in 1990, she helped craft legislation creating the California State Summer School for Mathematics and Science (COSMOS). She has served on numerous corporate and nonprofit boards. She joined the Parsons board in 2000.