In Spring 2014, Southern California Grantmakers (SCG), a 300+ membership association promoting effective and responsible local philanthropy for the public good, convened philanthropic leaders and public, private, and nonprofit stakeholders to identify how we could best work together on shared goals and community needs identified with the release of the April 2014 Blue Ribbon Commission Report on Child Protection (BRCCP).

The BRCCP articulates a mission for Los Angeles County to prioritize and improve child safety; establishes the Office of Child Protection to oversee a unified child protection system; and defines system reform steps and metrics. Spurred by a rash of high-profile child deaths, years of philanthropic investment in child welfare, and the BRCCP’s recommendations to the County, the urgent need for collective action emerged, warranting a coordinated response of support from local philanthropists.

SCG facilitated the co-signing of a support letter by 17 independent philanthropic entities – a local first – signaling to the Los Angeles County Board of Supervisors the desire for shared action to improve the quality of services for foster care children. The momentum garnered by this collective voice spurred the desire for local philanthropy to work in a more collaborative fashion to further reform and support improvements to the child welfare system, recognizing the significant roles government and nonprofits all contribute to providing the array of supports and services to children.

On October 6, 2015, the Los Angeles County Board of Supervisors approved the establishment of the Center for Strategic Public-Private Partnerships (CSPPP), affirming the importance of cooperation and partnership between philanthropy and County agencies engaged with children and families. Eleven philanthropic groups – Ahmanson, Annenberg, Ballmer, Blue Shield of California, Bohnett, California Community, California Endowment, Hilton, Parsons, Pritzker, and Weingart foundations – pooled grant resources to underwrite the creation of CSPPP housed within Los Angeles County’s Office of Child Protection; the County matched the philanthropic funds. The Center’s effectiveness will be assessed during the three-year demonstration, after which the County will determine whether to make CSPPP permanent, and fully assume fiscal responsibility for its operations.

CSPPP is charged with developing and strengthening new and existing partnerships and to strategically leverage federal, state, and private dollars to serve Los Angeles County’s youth, families, and communities. The Center is housed within the Office of Child Protection (OCP), a unit of County government that works with the Department of Children and Family Services and others. Under the leadership of Kate Anderson, CSPPP’s staff will advance OCP’s priorities to improve and reform child welfare while pursuing opportunities to coordinate efforts across County departments (e.g., health, public health, and probation). Additionally, CSPPP will work collaboratively with the philanthropic and nonprofit community to identify, develop, and advance joint initiatives that are designed to improve the health and well-being of vulnerable children in Los Angeles County, such as recruitment of foster families.

Our initial investment has been $75,000 to establish CSPPP; annually, philanthropy and the County equally contribute approximately $500,000. 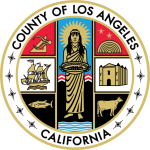